Dr. Marcum is an associate professor of Justice Studies at Appalachian State University and is the Criminal Justice Undergraduate Curriculum Coordinator.  She received her Ph.D. from Indiana University of Pennsylvania.  Her areas of expertise include cybercrime offending and victimization, correctional issues, and sexual victimization, and has multiple journal publications and books in the areas.  She recently received Outstanding Criminal Justice Educator of the Year in the southern region, and is the associate editor of Corrections: Policy, Practice and Research.

As a virologist, Dr. Ahmed studies the response of host cells to virus infections with the goal of developing viruses as oncolytic agents. Her work also involves identifying immunomodulatory nutraceuticals as therapies to combat human diseases such as cancers and inflammatory conditions. For example, she is interested in determining the anti-cancer and anti-inflammatory properties of Moringa oleifera (MO), a plant commonly found in tropic and subtropic countries, which is utilized for its various health benefits. With a team of collaborators, she is isolating compounds from whole extracts of MO through a series of subfraction and chemical isolation steps, and screening them for specific activities. Information obtained from these studies will be used to obtain further funds for undertaking structural, drug development and therapeutic studies. Dr. Ahmed joined the Biology Department at Appalachian State University in 2010 after working as a Research Assistant Professor at Wake Forest University School of Medicine. She teaches a course on Human Microbiology to Nursing and Nutrition majors and offers an upper level course on Virology to Biology Majors.

Dr. stef shuster is an assistant professor of sociology, and faculty affiliate in Gender, Women’s, and Sexuality Studies, at Appalachian State University. Before joining the faculty at App State in 2016, shuster was a postdoctoral fellow in Duke University’s Thompson Writing Program. shuster earned their M.A. and Ph.D. in Sociology from the University of Iowa with a certificate in Gender Studies, and a B.A. in Sociology from Indiana University, Bloomington. Their current research examines the social construction of “evidence” in two domains including: 1) how social movement activists use evidence to make claims about social issues, and the role of emotions in successful or failed movements and 2) how medical providers negotiate and construct evidence to make medical decisions within uncertain terrains. shuster is working on a book project, Treating Gender: Transgender Medicine and Uncertain Expertise, which situates contemporary practices in trans medicine in the historical contexts in which this medical field emerged, and the social consequences of healthcare providers using a medical model of disease to “treat” gender identities. At Appalachian State, shuster teaches courses in the social aspects of medicine, the Sociological Perspective, and the Senior Seminar Capstone course.

Dr. Nicholas Shaw was adopted from Busan, South Korea and is a proud father, an avid drummer, occasional exerciser, foodie, incredibly lactose intolerant (a little butter is questionably safe), and a chemist.  Nicholas graduated from St. Olaf College in 2002 with degrees in mathematics and chemistry.  He received his Ph.D. in bioorganic chemistry, in 2010, from Clemson University after working in Dr. Dev P. Arya’s laboratory of medical chemistry.  Upon completion of his Ph.D. he took his talents to The College of Wooster where he served as a visiting assistant professor before joining the department of chemistry at Appalachian State University in 2015.  While at The College of Wooster, Nicholas and his team of undergraduate research assistants became frustrated with the practice of organic synthesis.  Long reaction times and low yields, inherent to organic synthesis, create an environment where synthetically driven advancements occur on a geological time scale and the practice becomes an exercise in diminishing returns.  Working with talented undergraduates at The College of Wooster and Appalachian State University, Dr. Shaw developed ‘nano-reactors’ which can be used to dramatically decrease reaction time and increase reaction yield in organic synthesis.  Currently, Nicholas runs a research group of 20 undergraduate research assistants where the two-fold focus is on the development of the scientist and the advancement of ‘nano-reactor’ science.  The College of Arts and Sciences Summer Grant will fund his efforts in ‘nano-reactor’ biodiesel fuel synthesis.

Dr.  Davis Hankins is assistant professor of religious studies in the Philosophy and Religion Department. He began teaching at App State after receiving his PhD in Hebrew Bible from Emory University in 2011. His dissertation, published as a book in 2015 by Northwestern University Press, offers a new reading of the book of Job that is informed by and that contributes to recent developments in practical and theoretical philosophy. He has published numerous articles and book chapters, most on early Jewish wisdom literature such as is in the books of Proverbs, Job, Ecclesiastes, and in the Dead Sea Scrolls. He is interested not only in the significance of these texts in their ancient contexts of production, but also in their ongoing histories of use and influence. With Brennan Breed he is co-authoring his next book on the production and the historical consequences of the book of Ecclesiastes. This summer he will travel to Germany, Egypt, and Italy to receive an award for his first book and to conduct research for his next book on Ecclesiastes. 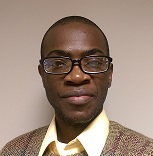 Dr. Michael Opata received a bachelor’s degree from Rust College in Holly Springs, MS, and went on to get masters and Ph.D. degrees from Jackson State University and The University of Kentucky respectively. He’s currently an assistant professor in the Biology department. His current research interest is to investigate the effect of malnutrition on the pathogenesis of malaria disease. Trained as an immunologist, he is interested in understanding how poor diet, deficient in proteins and micronutrients such as Zinc and Iron, affect the development of memory T cells, predisposing young children in malaria endemic areas to death. Using an animal model that mimics the blood stage malaria disease of the Plasmodium falciparum strain that causes severe malaria in humans, he is able to look at parasite specific cells, and their characteristics/behavior after exposure to malaria parasite in a malnourished environment. He is currently leading a team of four students working on various aspects of malaria immunology. Prior to joining Appalachian State in 2016, Dr. Opata trained as a postdoctoral fellow at the University of Texas Medical Branch at Galveston Texas, where he studied the development of memory T cells in malaria infection, under the mentorship of Dr. Robin Stephens.

Dr. Jameson received his Ph.D. from the University of Pennsylvania in 2009 and joined the faculty at Appalachian State in 2010. His research interests focus on the availability, accessibility, acceptability, and quality of mental health services in rural areas. This has included studies on the effectiveness of school-based mental health programs, prediction and prevention of suicide among rural adolescents, and the use of empirically supported treatments in rural community mental health clinics. Dr. Jameson is currently conducting a project training mental health clinicians and first responders in lethal means counseling, a suicide prevention protocol aimed at restricting access to lethal suicide methods for at-risk individuals. Additionally, he is involved in numerous community-based research projects locally and regionally. He also directs the Alleghany County Schools Assessment, Support, and Counseling (ASC) Center, one of three school-based mental health programs operating in area school systems that provide mental health services for students free of charge.

Dr. Bellemer is an assistant professor in the Department of Biology. His research investigates the cellular and molecular mechanisms that control sensory neuron function with the goal of better understanding the pathogenesis of chronic pain in humans and animals. His laboratory is using the fruit fly, Drosophila melanogaster, as a model organism to identify genes that are required for appropriate behavioral responses to noxious thermal and mechanical stimuli, with the hope that these genes may provide targets for better clinical interventions for pain in humans. The project funded by this grant focuses on the roles of the Wnt signaling pathway in fine-tuning the sensitivity of sensory neurons to elevated temperatures. Dr. Bellemer currently leads a team of two graduate students and five undergraduates investigating various aspects of sensory neurobiology. Dr. Bellemer received his B.S. in Psychology from the University of Massachusetts - Amherst in 2004 and his Ph.D. in Neuroscience from Yale University in 2010. Before joining the faculty at Appalachian State University, he studied Drosophila thermosensation under the mentorship of Dr. Dan Tracey at Duke University.

Dr. Rick Elmore is Assistant Professor of Philosophy at Appalachian State University. He earn his PhD in philosophy from DePaul University in 2012, and has been teaching at App State since 2014. He researches and teaches in 20th century French philosophy, critical theory, ethics, social political philosophy, environmental philosophy, and new realisms. His articles and essays have appeared in Politics & Policy, Symplokē, The Cormac McCarthy Journal, and The Aesthetic Ground of Critical Theory (Rowman and Littlefield) among others. Rick’s work is guided primarily by the question how political, ethical, and environmental systems and institutions situate themselves in relation to violence, that is, to issues of inclusion, exclusion, power, force, law, policing, and normativity. He will be using this summer grant to begin work on his next book project on the connection between Critical Theory and Deconstruction around the questions of violence and life. 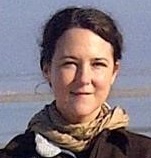 Dr. Souza is an Associate professor of Spanish and Linguistics and teaches all levels of Spanish and Linguistics in the Department of Languages, Literatures, and Cultures.  He is also serving as the interim program director for the department’s graduate program.  His research interests include second language acquisition, foreign accentedness, and second language number acquisition.  He was awarded a summer grant from the College of Arts and Sciences to receive training from the American Council on the Teaching of Foreign Languages (ACTFL) on second language Oral Proficiency Interviews.