Chantelle Rondel was a graduate student from Franklin, N.C.

Using funds from a SAFE grant, Rondel was able to travel to San Antonio, Texas to present her research findings at the Freshwater Mussel Conservation Society (FMCS) international conference. The FMCS conference, held every other year, allowed Rondel to meet and interact with leading biologists in the field as well as share her research in a presentation.

Rondel’s research focused on the endangered Appalachian Elktoe freshwater mussel, endemic to the Tennessee River System. The mussels have been annually monitored since 2014 and in order to obtain more robust estimates of Elktoe abundance Rondel and her mentor, Dr. Micheal Gangloff, associate professor, Biology, began a three-pass mark-recapture study at six long-term monitoring sites and a broad site occupancy study in seventeen new reaches of the South Toe River. The results suggest that abundance was underestimated, additional populations exist and populations were  higher within the middle reaches of the stream.

“Understanding how environmental factors affect species abundance and occupancy is an important but under-appreciated aspect of endangered species management. Yet, surprisingly few studies have attempted to quantify the size of freshwater mussel populations or examine differences in detectability. Our project provides managers with an idea of the population abundance of an endangered freshwater mussel in the South Toe River,” said Rondel.

Without the added stress of finances, thanks to a SAFE grant, Rondel says she was able to focus entirely on preparing for the conference in order to represent Appalachian State University to the best of her ability.

Presently, Rondel is a Technician for the North Carolina Wildlife Resources Commission in the Aquatic Wildlife Division working with non-game freshwater fish and invertebrates like freshwater mussels, crayfish and snails. By continuing to work in the western region of North Carolina, Rondel has been able to continue researching the Appalachian Elktoe mussel in the South Toe River as well as other streams in the region.

About The SAFE Fund
Initially endowed by Hughlene and Bill Frank, the College of Arts and Sciences Student and Faculty Excellence (SAFE) Fund provides resources that can be used to support undergraduate, graduate and faculty experiences. The SAFE Fund provides funding for college priorities and opportunities that arise throughout the year. These unrestricted funds support student and faculty travel, publication support for faculty and student research opportunities. Learn more at: https://cas.appstate.edu/students/student-and-faculty-excellence-safe-fund.

About the Department of Biology
The Department of Biology is a community of teacher-scholars, with faculty representing the full breadth of biological specializations — from molecular genetics to landscape/ecosystem ecology. The department seeks to produce graduates with sound scientific knowledge, the skills to create new knowledge and the excitement and appreciation of scientific discovery. Learn more at https://biology.appstate.edu. 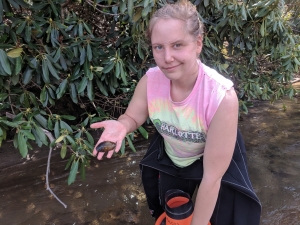 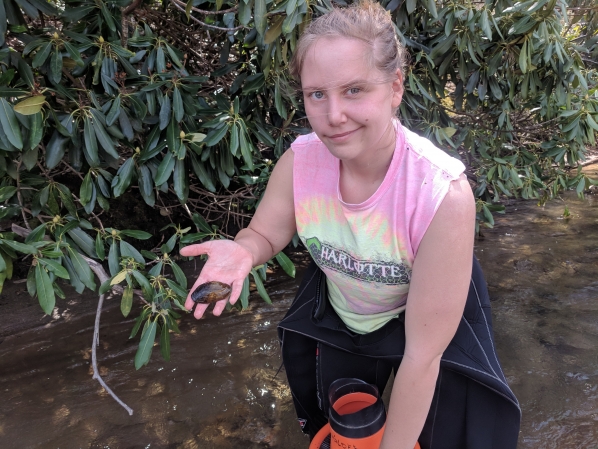