SAFE grant funding allowed Lamont to complete the index of her book manuscript, leading to the completion and publication of her book, “The Mating Game: Courtship in an Era of Gender Upheaval (2019),” that analyzes how people date, form romantic relationships and make decisions about future commitments as they negotiate the boundaries of commitment and independence in intimate relationships. Drawing on interviews with over a hundred heterosexual and LGBTQ young adults, Lamont demonstrated how courtship rituals are a key component of the perpetuation of gender inequality, despite the evolving social and ecconomic conditions. This research not only contributes to relevant debates over the causes of the stalled gender revolution, but also shows where challenges to gender inequality can succeed. Lamont’s book was published alongside receiving her tenure and promotion to Assistant Professor.

Lamont’s book is being taught in an Appalachian State University course centered around gender studies. She presented her book at the Fall 2019 inaugural research celebration, RECAPP: Research and Creative Activity at Appalachian and the Gender, Women’s and Sexuality Studies (GWS) lecture series. Students of one of Lamont’s own courses evaluated parts of the manuscript as a way to learn about the research process.

Lamont’s book was listed as a number one new release in gender studies on Amazon. Additionally, Lamont wrote an article for The Atlanticabout her research findings entitled, “If You Want a Marriage of Equals, Then Date as Equals.” Lamont was also interviewed for an article by The New York Times discussing the 2019 film, “Portrait of a Lady on Fire”, interviewed by NPR Los Angeles and interviewed with BBC World Radio on her findings.

Recently, Lamont has written for NBC News about the sociology of some of the current popular reality dating shows and received an American Sociological Association Fund for the Advancement of the Discipline (FAD) grant to begin research on her next project.

About The SAFE Fund
Initially endowed by Hughlene and Bill Frank, the College of Arts and Sciences Student and Faculty Excellence (SAFE) Fund provides resources that can be used to support undergraduate, graduate and faculty experiences. The SAFE Fund provides funding for college priorities and opportunities that arise throughout the year. These unrestricted funds support student and faculty travel, publication support for faculty and student research opportunities. Learn more at: https://cas.appstate.edu/students/student-and-faculty-excellence-safe-fund. 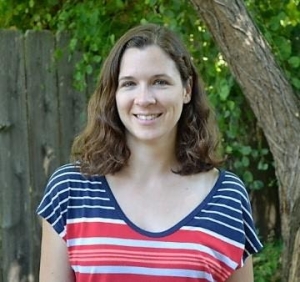