Free and open to the campus and community

Three motion pictures set in mountains: the French Alps; imagined mountains; and Appalachia (Blowing Rock, N.C.) will be screened on the campus of Appalachian State University as part of the International Mountain Studies Symposium during the Spring 2019 semester. 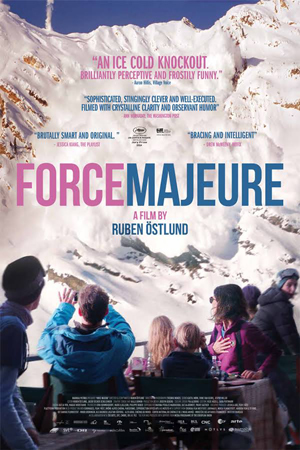 Force Majeure (2014)
Wednesday, Jan. 23
Introduction and discussion will be led by Fulbright scholar Christian Quendler of the University of Innsbruck and Josh McClenney, graduate student in Appalachian studies at Appalachian State University.

About the film
This wickedly funny and precisely observed psychodrama tells the story of a model Swedish family—handsome businessman Tomas, his willowy wife Ebba and their two blond children—on a skiing holiday in the French Alps. The sun is shining and the slopes are spectacular but during a lunch at a mountainside restaurant, an avalanche suddenly bears down on the happy diners. With people fleeing in all directions and his wife and children in a state of panic, Tomas makes a decision that will shake his marriage to its core and leave him struggling to reclaim his role as family patriarch. 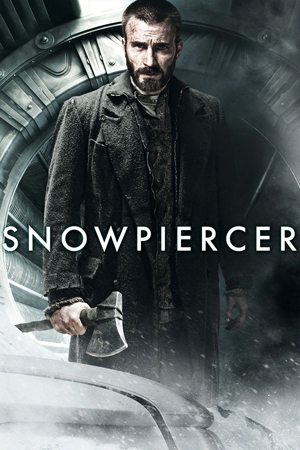 Snowpiercer (2013)
Tuesday, Feb. 5
Introduction and discussion will be led by Ellie Dudding, a graduate student in Appalachian studies at Appalachian State University.

About the film
Set in a future where a failed climate-change experiment kills all life on the planet except for a lucky few who boarded the Snowpiercer, a train that travels around the globe, where a class system emerges. 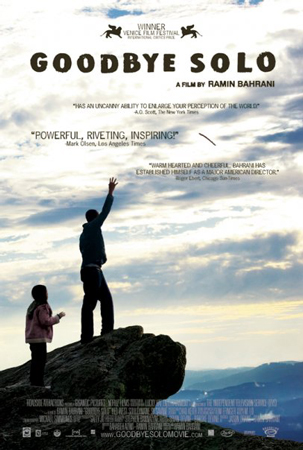 About the film
On the lonely roads of Winston-Salem, North Carolina, two men forge an improbable friendship that will change both of their lives forever. Solo is a Senegalese cab driver working to provide a better life for his young family. William is a tough, Southern good old boy with a lifetime of regrets. One man’s American dream is just beginning, while the other’s is quickly winding down. But despite their differences, both men soon realize they need each other more than either is willing to admit. Through this unlikely but unforgettable friendship, “Goodbye Solo” deftly explores the passing of a generation, as well as the rapidly changing face of America.

About the International Mountain Studies Symposium
This Mountain Film Series supports Appalachian's International Mountain Studies Symposium to be held Tuesday, March 12, 2019 on the fourth floor of Plemmons Student Union. This day-long, interdisciplinary academic event will bring fifteen international mountain studies scholars to campus to engage with students, faculty and staff. The invited international scholars will present mountain-focused research alongside members of our campus community whose work intersects with mountain studies. This symposium will highlight the growing field of mountain studies and encourage comparative studies and exchanges between the Appalachian Mountains and other mountain regions around the world.

How to get involved
Proposals (350 words max) for papers, presentations and creative endeavors related to the Appalachian Mountains and/or any other mountains from any academic discipline are due January 28, 2019. Advanced undergraduate students, graduate students, faculty members and staff at Appalachian State University are invited to propose group sessions (one hour and fifteen minutes) or individual presentations (twenty minutes) for this event in March. Poster presentations are welcome. Members of our campus community who have participated in or have led study abroad in mountain areas are encouraged to submit proposals to share perspectives on those experiences.

Send proposals with the subject line “IMSS proposal” to Katherine Ledford ledfordke@appstate.edu. For questions, please contact her as well.

This symposium is supported by the Center for Appalachian Studies, the College of Arts and Sciences, and the Office of International Education and Development. 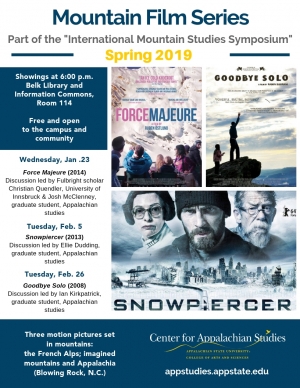 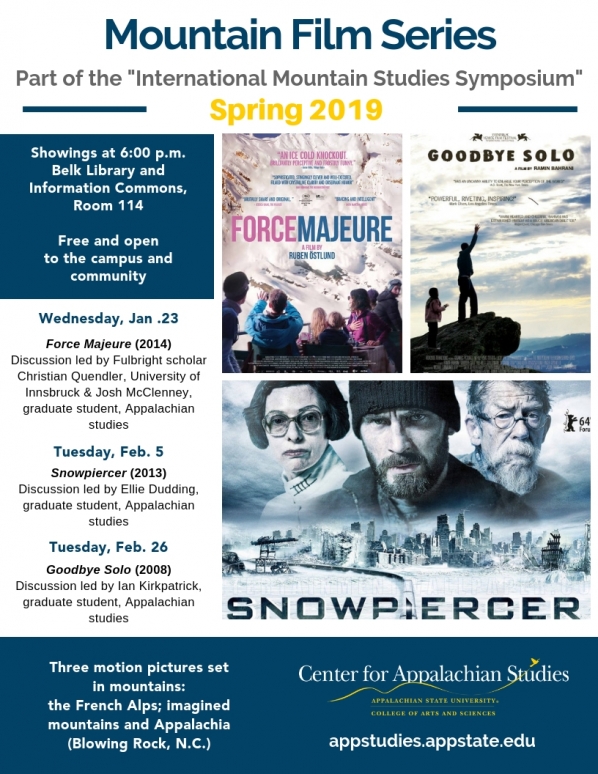