A Storytelling Tribute in Honor of Charlotte Ross, “The Legend Lady”

Performances with take place outside at 3 p.m. on Saturday, Sunday and Monday, June 19 through 21 on the Coffey Cabin porch in the Hickory Ridge Homestead at “Horn in the West” with a reception immediately following the Sunday matinee.

Reservations are not required but there is a suggested donation of $20 per person with all proceeds benefitting the Dr. Carl A. and Charlotte T. Ross Scholarship in Appalachian Studies at Appalachian State University. Limited bench seating is available; however, you are encouraged to bring your own chairs, cushions and blankets to this outdoor event which will follow CDC social-distancing guidelines. Those unable to attend may send a memorial contribution to the ASU Foundation with “Ross Scholarship for Appalachian Studies” in the memo line. For more information, callAppalachian State University's Gift Processing at 828-262-6812 or email questions to give@appstate.edu.

Clarinda Ross was born in Georgia and grew up in Boone, where both her parents were professors at Appalachian State University. Her father, the late Dr. Carl A. Ross, Jr., was director of the Center for Appalachian Studies and a professor of History. Her mother, Charlotte, was a renowned storyteller of the Appalachian region. Charlotte Ross graduated from Appalachian with a B.A. in Theatre Arts and minored in Dance. Upon graduation, she was immediately cast in the Acting Conservatory Program of the Alabama Shakespeare Festival. She worked for many years in Atlanta, Georgia at the Alliance Theatre, the Horizon Theatre, Theatrical Outfit, Theatre in the Square, and ART Station, Inc. She also spent several seasons as a leading lady with the Atlanta Shakespeare Company.

She was an authority on the folklore of her beloved mountains and the editor of “The Bibliography of Southern Appalachia.” A protégé of Dr. Cratis D. Williams, they frequently traveled together to Scotland and Ireland to research the origins of Appalachian culture. Charlotte was the curator of the original Appalachian Collection at Appalachian’s Belk Library and Information Commons in the 1970s before becoming the western regional director for the N.C. Humanities Council overseeing grants for the regional scholars and artists. Charlotte Ross was passionate about the Appalachian mountain region and its culture, and shared that love with her late husband Carl.

Brian Fannon, a long-time historical interpreter at SAHA’s Hickory Ridge History Museum, “recalls many Saturday nights in the 90s where Charlotte was surrounded by large groups of people gathered around the back porch of the Coffey cabin at Hickory Ridge listening to her stories of the Appalachian mountains."

In the tradition of mountain storytelling, “From My Grandmother’s Grandmother Unto Me,” by Clarinda Ross, tells the joys and sorrows of five generations of women in the author’s family with honesty and humor. Common historical events are related in terms of how they affected this particular family. The play is a testament to the power of family storytelling, and how it can shape the lives of generations.

The play has been presented by theatres around the country as well as internationally, warmly received by audiences since its debut at the 1987 Spoleto Festival. It was developed and directed by Appalachian graduate David Thomas with support from the Georgia Council for the Arts and has toured from Vidalia, Georgia to Los Angeles to Lillehammer, Norway, and many places in between with the sponsorship the National Endowment for the Arts. The L. A. production ran for six months and garnered many honors including a prestigious Critic’s Choice Award. A 1990 film version was produced for PBS and directed by John David Allen.

The Ross’s daughter, Clarinda, is aLos Angeles-based writer and a professional actor. Her play, “Spit Like A Big Girl” has been produced by several professional theatres and was the 2015 featured work at the Appalachian Festival of Plays and Playwrights at the Barter Theatre, the State Theatre of Virginia and was subsequently published by Applause Theatre Books. She made her film debut in “Blue Sky” with Jessica Lange and Tommy Lee Jones. Her television credits include; “The United States of Tara,” “Medium,” “The District,” “The Drew Carey Show,” “Judging Amy,” “E.R.,” “The Client,” “NewsRadio,” “Days of Our Lives,” “In The Heat of The Night,” and “I'll Fly Away.” She's also appeared in several movies of the week, most notably the Emmy award-winning “Stolen Babies” with Mary Tyler Moore.

Appalachian ballad singer Mary Greene grew up in the Blue Ridge Mountains near Boone as the daughter of a hard-working farmer and a schoolteacher. Her early musical experiences, provided by her hymn singing father and the local shape-note singing school leader, were in the religious music tradition. Later, she learned traditional ballads and folk songs (restoring a broken link to her ballad singing grandparents). Her years of academic study in Appalachian music and culture culminated in a M.A. degree in Appalachian Studies from Appalachian State University in 1983. She documents regional folk traditions and is passionate about sharing and educating the public about the rich culture of Appalachia.

Blue Ridge Community Theatre board president Julie A. Richardson said that they, “are proud to present Clarinda Ross in a play she wrote that brings the past from her mother’sfamily and love of storytelling to life. With the recent passing of this grand Appalachia storyteller, we hope to acknowledge how this ancient artform can be an influence for future generations.” 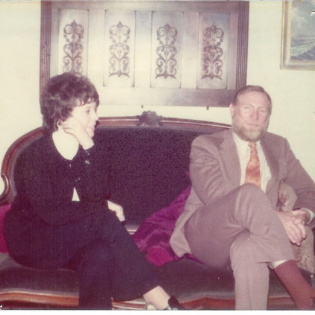 About the Department of Theatre and Dance
The Department of Theatre and Dance is one of seven departments housed in Appalachian’s College of Fine and Applied Arts. Its mission is to facilitate transformative experiences for students and the public, which cultivate compassionate, creative and collaborative communities through theatre and dance. The department also offers coursework for integrated learning through the arts to the general university student population. Its dynamic co-curricular production program provides exemplary theatre and dance experiences to departmental students, the university community and the region. Learn more at https://theatreanddance.appstate.edu.

About the College of Fine and Applied Arts
Appalachian State University’s College of Fine and Applied Arts is a dynamic and innovative group of seven academic departments, bringing together a variety of perspectives, experiences and real-world education to provide unique opportunities for student success. The college has more than 3,000 undergraduate and graduate majors. Its departments are Applied Design, Art, Communication, Military Science and Leadership, Sustainable Development, Sustainable Technology and the Built Environment, and Theatre and Dance. Learn more at https://faa.appstate.edu. 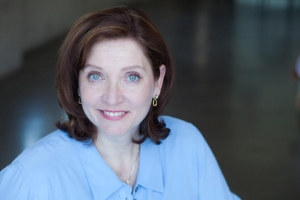 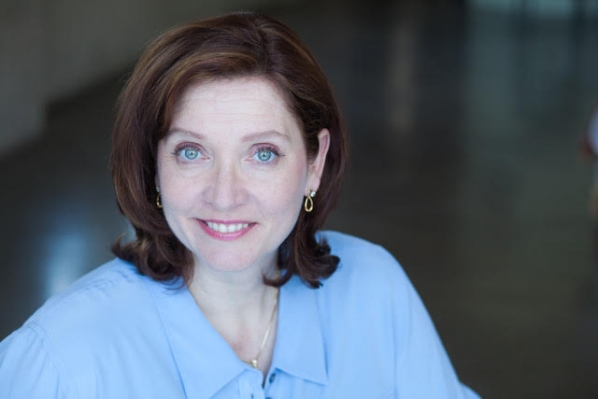 Headshot of Clarinda Ross, Los Angeles-based writer and a professional actor. Photo Submitted. Clarinda Ross grew up in Boone, where both her parents were professors at Appalachian State University.