Hostile Terrain 94 (HT94) is a participatory art exhibition sponsored and organized by the Undocumented Migration Project (UMP), a non-profit research-art-education-media collective, directed by anthropologist Jason De León. The exhibition illuminates the humanitarian crisis occurring at the United States border, a crisis that has claimed over 3,200 lives since the 1990s and continues to do so every day.

The exhibition is composed of thousands of handwritten toe tags that represent migrants who have died trying to cross the Sonoran Desert of Arizona between the mid-1990s to 2019. These tags are geolocated on a wall map of the desert showing the exact locations where remains were found. This installation will simultaneously take place at a large number of institutions, both nationally and globally in 2021 throughout 2022.

The Undocumented Migration Project (UMP) is an internationally known research-education-art collective founded by Jason De León in 2009. The UMP has been featured in numerous academic publications, as well as popular media outlets including The New York Times, RadioLab and the BBC.

De León is a professor of Anthropology and Chicana/o Studies at UCLA. He is the author of the award-winning book “The Land of Open Graves: Living and Dying on the Migrant Trail” (UC Press 2015), co-curator of the award-winning exhibition “State of Exception” and a 2017 MacArthur Foundation Fellow. The pop-up installation “Hostile Terrain” is based on the multi-media exhibition of the same name co-produced by Michael Wells and Lucy Cahill.

For campus parking visit https://parking.appstate.edu/visitors-events and for an interactive campus map, visit https://maps.appstate.edu. Please wear a mask and follow all other university safety protocols when on campus.

Programming will include the following:

What: Appalachian students, faculty and staff, as well as Boone community members, are invited to participate in the Hostile Terrain 94 pop-up art exhibition. You can stop by our table in the Belk Library rotunda between 10 a.m. to 6 p.m. to fill out one or more toe tags commemorating the lives lost to US border enforcement policies over the past 20 years. Sanitized pens will be available.

Exhibition Opening and Conversation with Jason De León via Zoom

What: Appalachian students, faculty and staff, as well as Boone community members, are invited to join us for the opening of the exhibition; light refreshments will be provided. Jason De León, the exhibition designer, will join us via Zoom for an informal conversation about HT94 and the border enforcement policies that continue to claim the lives of migrants along the U.S.-Mexico border. De León is a professor of Anthropology and Latin American Studies at UCLA. 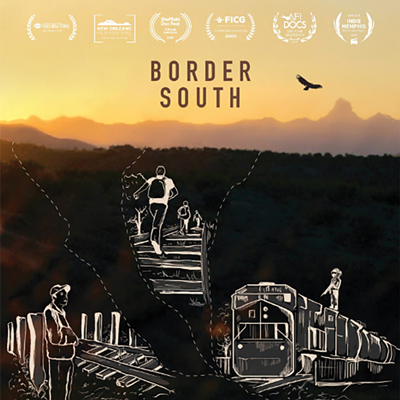 What: Appalachian State students, faculty and staff, as well as Boone community members, are invited to join us for a panel discussion on migration policy, border violence and security, and reflections on the film Border South.

The panel will be held at 3 p.m. and followed by a screening of Border South, a documentary film highlighting the resilience, ingenuity and humor of immigrants on routes from southern Mexico to the U.S.-Mexico border. 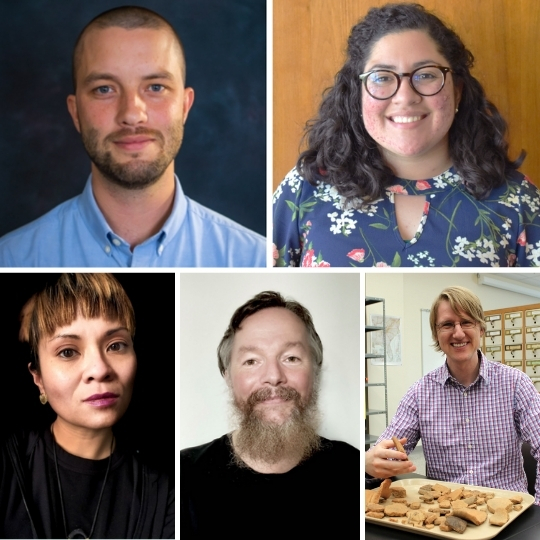 Jason De León is an anthropologist whose research interests include theories of violence, materiality, Latin American migration, photoethnography, forensic science and archaeology of the contemporary. He directed the Undocumented Migration Project (UMP), a long-term study of clandestine border crossing that uses a combination of ethnographic, archaeological, visual and forensic approaches to understand this phenomenon in a variety of geographic contexts including the Sonoran Desert of Southern Arizona, Northern Mexican border towns and the southern Mexico/Guatemala border. De León is currently working on a book manuscript tentatively titled “Soldiers and Kings” that uses the lens of photo ethnography to examine the daily lives of Honduran smugglers moving migrants across Mexico. He holds a split faculty position in the Department of Anthropology and Chicana/o Studies at the University of California, Los Angeles.

John Doering-White is an assistant professor in the College of Social Work with a joint appointment in the Department of Anthropology at the College of Arts and Sciences at the University of South Carolina. Doering-White’s research focuses on undocumented immigration and humanitarianism. His ethnographic work has focused on grassroots shelters that assist Central Americans migrating through Mexico. He is interested in how organizations can best assist undocumented communities considering shifting immigration enforcement trends between the United States, Mexico and Central America. As part of this work, Doering-White served as co-producer on Border South, a feature documentary film that premiered to national and international audiences in June 2019.

Stefanía Arteaga joined the ACLU of North Carolina in January 2019 as the Statewide Immigrants' Rights Organizer. In this role, she works with Latinx advocates and ACLU supporters to lead campaigns focused on ending 287(g) agreements and the use of ICE detainers in North Carolina. Arteaga immigrated from El Salvador when she was seven years old. Compelled to advocate for immigrant rights, her previous work has revolved around campaigns such as education access for undocumented students, deportation defense campaigns and successfully eliminating 287(g) in Mecklenburg County. She is the co-founder of Comunidad Colectiva, a grassroots immigrant rights organization that advocates for immigrant rights in Mecklenburg County.

Jon Carter is a sociocultural anthropologist in the Department of Anthropology at Appalachian State University. Since 1997 he has conducted ethnographic research in Honduras, with a focus on state violence, organized crime, and forced migration. He is the author of “Gothic Sovereignty: Street Gangs and Statecraft in Honduras” (University of Texas Press, 2022), and is an expert witness in US immigration court asylum cases involving refugees from Honduras.

Christina Sornito is a sociocultural anthropologist in the Department of Anthropology at Appalachian. Sornito's book manuscript in-progress, "In the House of Santa Regla: Specters of the Postcolonial Philippines," examines the convergence of global capitalism, colonial histories, indigenous spirit worlds and rapid climate change in the central Philippines. In addition, Sornito writes and makes films about time, magic, climate change in the tropics, intergenerational trauma, the resonances of modernity in Southeast Asia and decolonizing methods in media anthropology.

Cameron Gokee is an anthropological archaeologist in the Department of Anthropology at Appalachian. Since 2012, he has collaborated with the UMP to study and draw attention to the contemporary archaeology of the U.S./Mexico borderlands, with an emphasis on mapping and counter-mapping undocumented migration and PTD infrastructure. 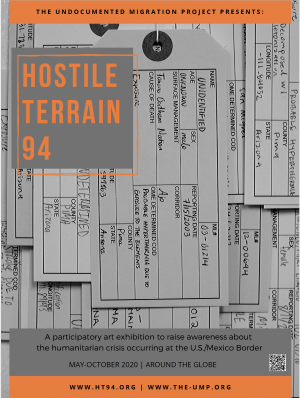 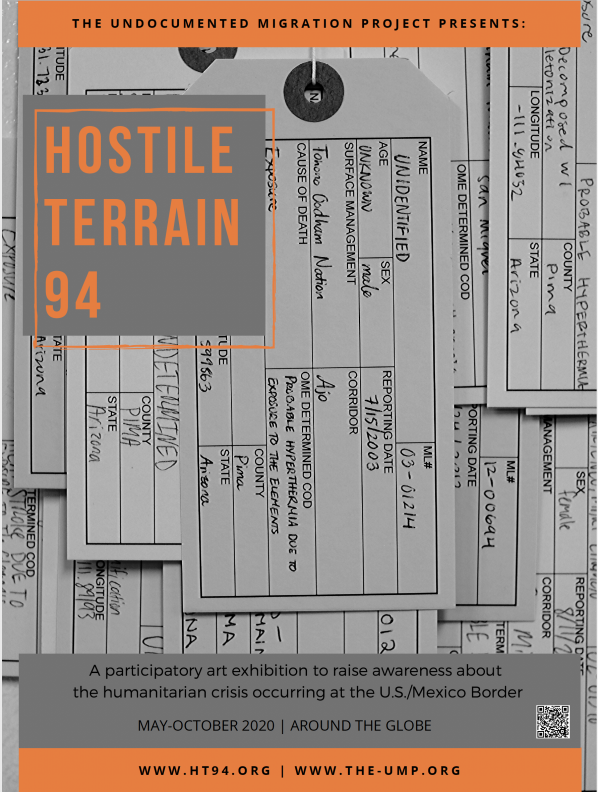