N.C. Prisons and COVID: Advancing Corrections During a Pandemic

This event is free and open to the campus and community. This event will be virtual hosted through Zoom.

This event is hosted by the Department of Government and Justice Studies, located in the College of Arts and Sciences at Appalachian.

More about the Speakers
Ishee, previously the deputy director of Ohio’s prison system for over 29 years became North Carolina’s first Commissioner of Prisons in June of 2019. Ishee oversees operations, health services, administration and programs and Correction Enterprises in the N.C. prison system. He completed an A.A. from Loraine County Community College and a B.A. in Organizational Management from Malone University.

Mautz earned an M.A. in Clinical Psychology (2010) from Appalachian State University. He completed his practicum at New River Behavioral Healthcare, Recovery Education Center and the ASU Psychology Clinic, as well as an internship at N.C. Central Prison, Department of Corrections in Raleigh, N.C.

Thornton has worked in the Department of Public Safety for 29 years. Starting in 1991, she began her career as a program supervisor at Halifax Correctional Center. Since then, Thornton worked as a program supervisor at Nash Correctional Institution and as a case analyst at the former Fountain Correctional Center for Women. She also was a program director at Wayne and Neuse correctional institutions. Thornton was the director of Prisons’ Central Region since February 2019, overseeing 15 correctional institutions and began her new position on April 6, 2020 as the director of Prisons’ newly created Standards and Performance section. She holds a bachelor’s degree in criminal justice from Appalachian. She also graduated from the DPS Correctional Leadership Development Program and is a certified instructor by the N.C. Criminal Justice Standards Commission. 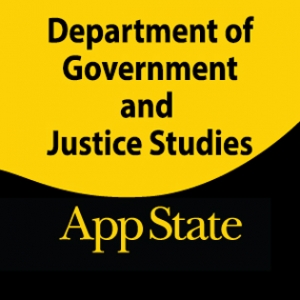 Graphic for Department of Government and Justice Studies 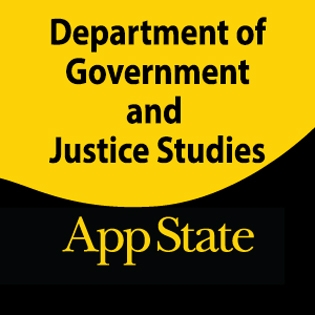