Grant writing pays off for one MPA graduate student

Eddie Bowling, a current Forsyth county Master of Public Administration (MPA) graduate student and the fire chief in Thomasville participated in a summer grant writing class led by Dr. Patricia Mitchell, Department of Government and Justice Studies. Bowling wrote a $80,000 proposal and was successful in helping to fund a source capture system for his fire station. He credits the MPA program with his success in both his most recent promotion and in seeking grant funding.

At the same time Bowling started the grant writing course, the city of Thomasville got a notification that the U.S. Department of Labor had implemented a new directive that affects public safety and first responders. Its new emergency temporary standard required the city to operate differently than in the past, so Bowling applied field based research policies that he had learned in class to help develop a policy within the city that directs employees on how to respond to emergency incidents, especially related to COVID-19.

During the course, Bowling also applied lessons from class to the process of writing grant proposals for the city of Thomasville. The city received several grants, the largest being the Assistance to Firefighters Grant (AFG).

“It seems like every step of the way, there tended to be something in my work that the class became very applicable to,” said Bowling.

The AFG grant was used to purchase two source capture systems for the fire stations in Thomasville that did not already have one. Source capture systems connect to the fire truck, so each time a fire truck pulls up to the back door, a firefighter gets out of the truck and connects a hose to the exhaust system. As the fire truck drives into the station, a fan and piping system pipes the exhaust fumes out of the building. This ensures that there are no harmful chemicals inside the station.

“A unique feature about this current system we have is that it has an alarm system. If someone doesn’t connect the pipe to the truck, and there's exhaust fumes in a station, it sends an alarm off in the building, and an email to let me know that there are issues so we can help protect firefighters and reduce the risk for exposure to cancerous materials,” said Bowling.

For the proposal writing process, Bowling had to prove why additional funding for the fire department was necessary. This was difficult because the fire department does not bring any money into the city, so asking for additional funding needed to be justified. Mitchell’s course prepared Bowling for this challenge by teaching him how to collect data that grant programs are looking for and present it logically for others to understand.

The MPA program is housed within the Department of Government and Justice Studies and is designed to train individuals to manage public agencies or programs and evaluate their effectiveness. Graduates of the program occupy a wide variety of jobs throughout the United States and abroad.

About Eddie Bowling
Bowling is originally from West Virginia and moved to North Carolina in high school. After completing paramedic school he began working for a fire department in the Thomasville area. While providing emergency services, he had the opportunity to apply for the city of Thomasville Fire Department as an entry level firefighter.

Bowling explained that when he was in elementary school, the father of a child from his class would put on a presentation each year about being a firefighter, “it inspired me at a very young age to become a firefighter, and I’m fortunate enough to have that opportunity,” said Bowling.

“I started working immediately after high school, so I am an adult learner. As I got married and started having children, education became important to me, so I decided to go back,” said Bowling.

Before joining the program, Bowling was working 24-hour shifts at a time so it was difficult to join the program. As soon as he transitioned to a daytime position with the fire department, he sought the opportunity to attend. Bowling explained that attending school during the pandemic was extra challenging, but also rewarding.

Overall, Bowling explained that the MPA program has given him a different outlook. When entering the program, his primary focus was to be a fire chief someday. As he has progressed through the program, he has been able to see a bigger and brighter future with additional opportunities. His goal is to work in city administration before retiring.

“I attribute much of my abilities to perform at this level to this program. Some of the folks that I've met along the way have helped me in so many areas with my job and personal life, and I just think that it's helped me be a better leader overall,” said Bowling. 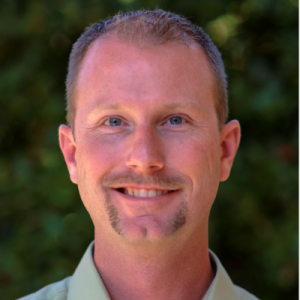 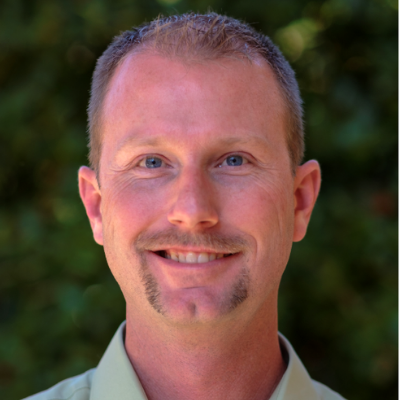