UPDATE - NOTE Opening and Keynote Canceled: Due to approaching Hurricane Irma, the Center for Judaic, Holocaust and Peace Studies has canceled the opening of the Traveling Exhibit 'German Jews in Germany Today' scheduled for Tuesday, September 12. Likewise, the opening keynote by Prof. K. H. Jarausch (UNC-Chapel Hill) is also canceled.

From September 12 until October 3, Appalachian's Center for Judaic, Holocaust and Peace Studies (CJHPS) hosts the traveling exhibition "Jewish Life in Germany Today." The exhibit will be on display on the first floor of Plemmons Student Union on campus at 263 Locust Street, Boone, N.C. The exhibit is open to the public during regular hours (Mon.-Fri., 7 a.m.-11 p.m.; Sat., 9 a.m.-11 p.m.; Sun. 12 p.m.-11 p.m.).

Some 100,000 Jews are currently registered within religious communities organized under the umbrella of the Central Committee of Jews in Germany. Berlin, the German capital, is home to the largest community of 10,000 members. In 1999, the Abraham Geiger College, the first liberal rabbinical seminary in Continental Europe since the Shoah, opened its door in response to the growing need for academic rabbinical and cantorial training. Compared to the 525,000 Jews who lived in Germany before the Holocaust, the numbers are still small, but the country is home to one of the fastest-growing Jewish communities in the world. At the same time, Germany is again the site of growing anti-Semitism that far exceeds the ranks of the Alternative for Germany. Also beyond the Central Committee of Jews in Germany, there are rapidly growing demands to establish the office of a special envoy on anti-Semitism based at the Federal Chancellery. 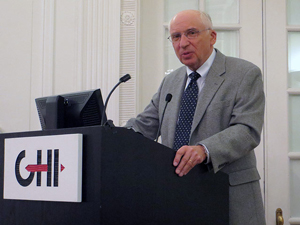 The exhibit – put together in Berlin on behest of the German Embassy in Washington, D.C. – brings together a cacophony of voices from Jews in the Berlin Republic, ranging from Michael Blumenthal, the Founding Director of the Jewish Museum in Berlin, to Adriana Altaras, an actor and stage director, who was involved in interviewing survivors for the Shoah Foundation. On panels and in audio-visual displays, it explores how Jews, living in a country whose political leadership once planned and perpetrated an unprecedented genocide against the Jewish people, confront and live with past and present challenges and how many of them remain committed to succeed against all odds.

To mark the opening of the exhibit, Professor Konrad H. Jarausch (University of North Carolina at Chapel Hill) will give a keynote lecture in the Plemmons Student Union in the Summit Trail Solarium (1st floor) on Tuesday, September 12, starting at 7:00 p.m. His talk is entitled “Broken Lives: How Ordinary German Jews and Gentiles Experienced the Twentieth Century.” Like all events associated with the exhibit, it is open to the public and free of charge.

On Monday, September 25, starting at 4:30 p.m., the program culminates with addresses by Klaus Becker, the Federal Republic of Germany’s Honorary Consul to North Carolina, and Appalachian's Provost Dr. Darrell Kruger. Their addresses are followed by a panel discussion with Ms. Julia Schmidt, the Education Director of Temple Kol Tikvah, Lake Norman, N.C., until recently a member of the Jewish community in Germany, and CJHPS director Professor Thomas Pegelow Kaplan. At 7:00 p.m., Professor Till van Rahden, the incumbent of the Canada Research Chair in German and European Studies at the Université de Montréal, Canada, will give the day’s keynote entitled “History in the House of the Hangman: How Postwar Germany Became a Key Site for the Study of Jewish History.” His lecture will start at 7:00 p.m. at the Blueridge Ball Room, 2nd floor of Plemmons Student Union.

For more information, contact the Center for Judaic, Holocaust and Peace Studies at holocaust@appstate.edu or call 828.262.2311. Organized by the Center, the exhibit's and program's co-sponsors include Appalachian's Departments of History, Philosophy and Religion, and Languages, Literatures and Cultures, including the German Studies Program, the Office of International Education and Development, the Temple of the High Country, the local chapter of Hillel and the German Consulate General in Atlanta, G.A.

About the College of Arts and Sciences
The College of Arts and Sciences is home to 16 academic departments, two stand-alone academic programs, two centers and one residential college. These units span the humanities, social sciences, and the mathematical and natural sciences. The College of Arts and Sciences aims to develop a distinctive identity built upon our university's strengths, traditions and unique location.  Our values lie not only in service to the university and local community, but through inspiring, training, educating and sustaining the development of our students as global citizens. There are approximately 5,850 student majors in the college. As the college is also largely responsible for implementing Appalachian's general education curriculum, it is heavily involved in the education of all students at the university, including those pursuing majors in other colleges. Learn more at cas.appstate.edu 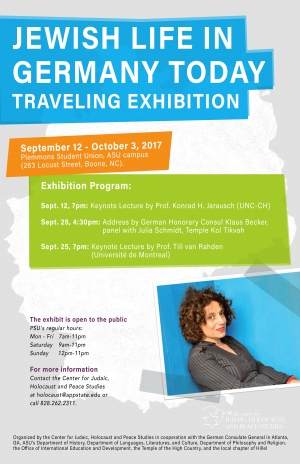 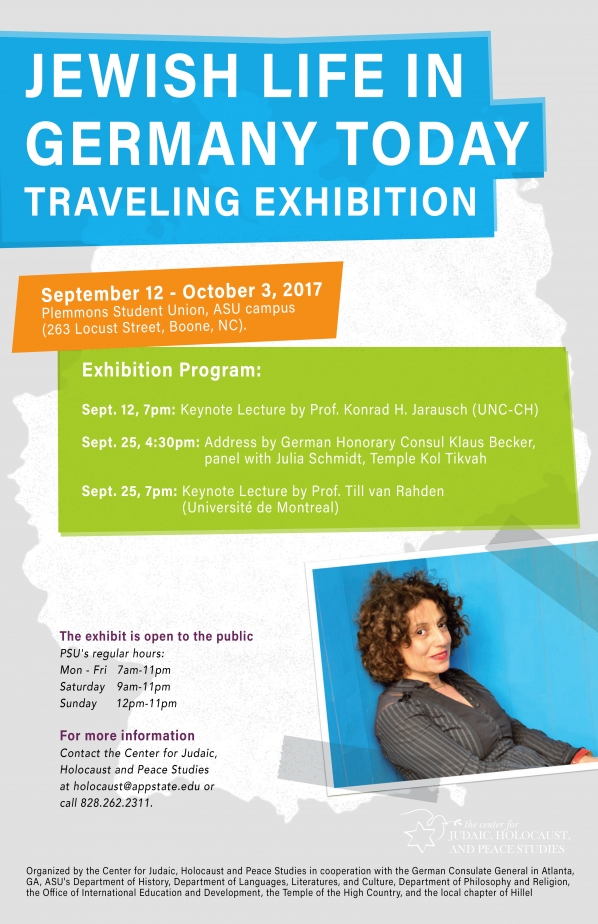