BOONE, N.C. — Becoming a Fellow of the Paleontological Society is an honor reserved for those who have made far-reaching contributions to paleontology through research, teaching or service to the profession. Dr. Johnny Waters, professor emeritus in the Appalachian State Department of Geological and Environmental Sciences, recently received this esteemed honor.

Waters joined the Paleontological Society in 1982, serving as the Southeastern Region's president from 1985-1986 and secretary from 1987-1989. As the national treasurer from 1993-1996, Waters led the effort to reform the organization's finances. Waters was named a Fellow "for his outstanding career of innovative, far-reaching research on echinoderms ranging from functional morphology to Asian paleobiogeography; for his devoted support of students; and for his long-term service to the Paleontological Society, including his crucial efforts to put the Society on firm financial footing at a critical time in its history."

Waters earned his Ph.D. in Geology from Indiana University Bloomington before joining the Department of Geology at the University of West Georgia, eventually serving as department chair. In 2004, Waters was appointed the Chair of the Appalachian State Department of Geological and Environmental Sciences (GES) and held this position until 2012. Following his tenure as chair, Waters returned to his role as a professor, teaching both GES and Honors College courses on geology and scientific literacy until his retirement in 2016.

Waters' research interests include rebound from mass extinctions, Paleozoic community evolution, and the taxonomy, functional morphology, ontogeny and paleoecology of paleozoic echinoderms, especially blastoids. Throughout his career, Waters has conducted extensive fieldwork in Mongolia, Timor, China, Ireland, Britain and Japan and published over 90 articles in scientific journals. From 2011 through 2015, Waters served as a co-leader of the International Geoscience Programme's Project 596, which focused on climate change and biodiversity in the Mid-Paleozoic period and was funded by the United Nations Educational, Scientific, and Cultural Organization (UNESCO).

Waters' research agenda remains active. Continuing to serve as an adjunct research professor in the Department of Geological and Environmental Sciences, Waters is a DAGGER (Devonian Anoxia, Geochemistry, Geochronology, and Extinction Research) team administrator alongside Professor Dr. Sarah Carmichael and Associate Professor Dr. Cole Edwards in GES. The research group works with geochemists, sedimentologists, paleontologists, stratigraphers and science communicators from around the globe to improve understanding of mass extinctions caused by dead zones in Devonian oceans 350-400 million years ago. These mass extinction events are analogous to extinctions in marine ecosystems that we see today.

Under the leadership of Waters, the DAGGER team has received funding from National Geographic, the National Science Foundation, the Explorers Club, UNESCO and other distinguished organizations. DAGGER has provided research experience to over 20 students at Appalachian State since its inception and Waters continues his undergraduate research mentorship, even in retirement. He also continues his fieldwork around the globe, in environments that are both challenging and remote, to characterize extinction events and the animals who survived them.

The Appalachian State College of Arts and Sciences joins the Paleontological Society in celebrating Waters for his internationally-recognized contributions to the field of paleontology as a researcher, explorer, teacher, mentor and leader. 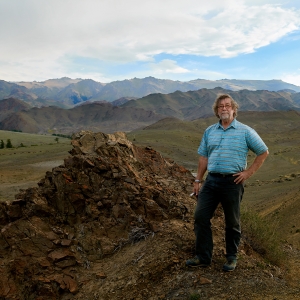 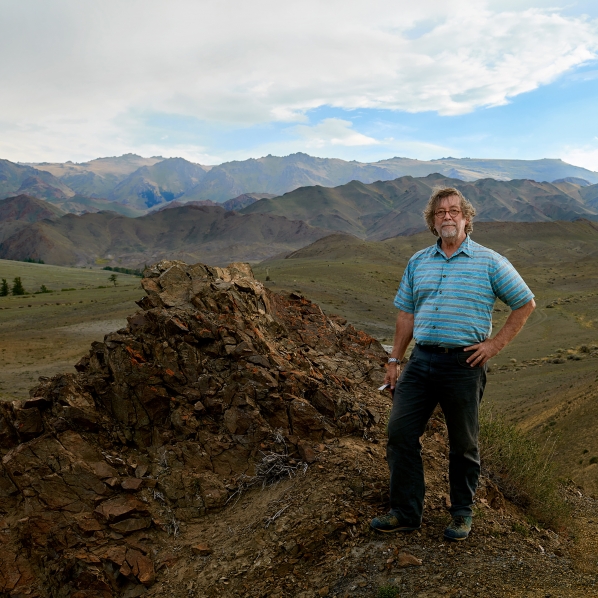