Dr. Michael Berenbaum, Director of the Sigi Ziering Institute and Professor of Jewish Studies at American Jewish University, will present "Anti-Judaism and Anti-Semitism in European History and Visual Culture" on Sunday, July 24, 2022, from 7 - 9 p.m. in Lecture Hall 114 in the Belk Library and Information Commons.

An internationally-acclaimed Holocaust scholar, Berenbaum served as the Project Director overseeing the creation of the United States Holocaust Memorial Museum (USHMM) and the first Director of the USHMM's Holocaust Research Institute. Following these roles, he served as the President of the Survivors of the Shoah Visual History Foundation. The author and editor of 22 books, Berenbaum was Managing Editor of the second edition of the "New Encyclopedia Judaica." His film and documentary contributions have received many accolades, including two Academy Awards. Berenbaum is the founding partner of Berenbaum Jacobs Associates, a firm that designs museums, special exhibitions, memorials and educational centers worldwide. His most recent exhibit is the much-acclaimed "Auschwitz. Not Long Ago. Not Far Away." exhibit at the Museum of Jewish Heritage in New York City.

This presentation is part of the 20th Anniversary Annual Martin & Doris Rosen Summer Symposium on Film and Photography During and After the Holocaust, by Appalachian State University’s Center for Judaic, Holocaust, and Peace Studies. Since its inception in 2002, the purpose and goal of the symposium has been to provide information and insights about the victims, perpetrators, and consequences of the Nazi Holocaust. For more information, please visit the Symposium website at https://holocaust.appstate.edu/teachers.

The presentation is free and open to the public. In addition to the in-person program, the lecture will also be accessible via Zoom. For more information, see https://holocaust.appstate.edu/node/476. 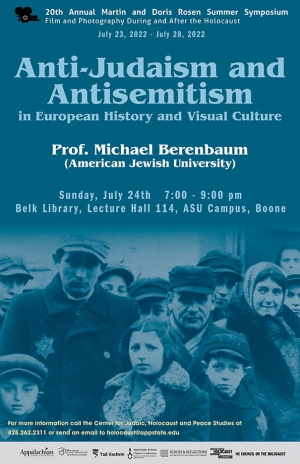 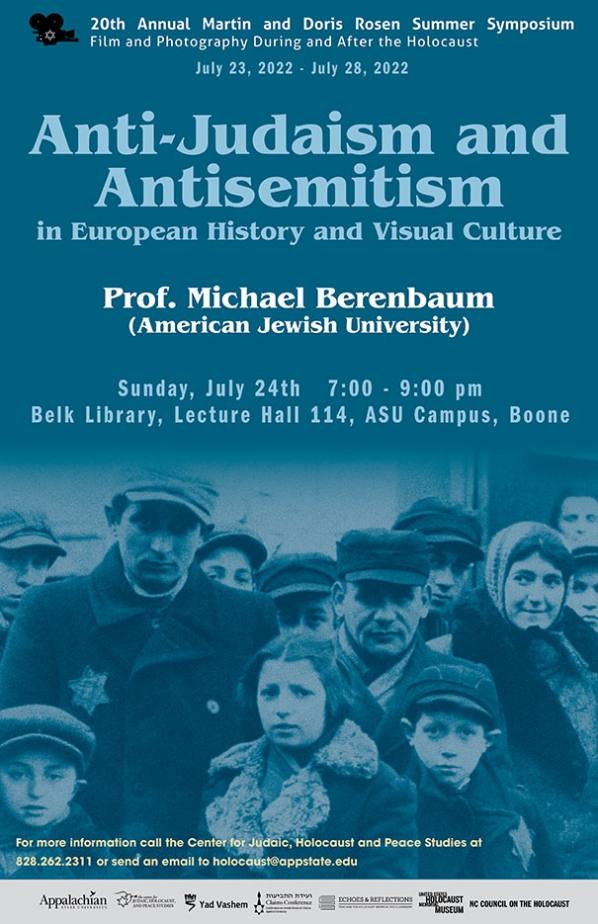