Amidst the global pandemic, distinguished poet and prose writer Dr. Todd Atchison ’01, managed to edit and publish his grandfather’s memoir “The Unseen Hand.” His grandfather’s experience entails serving in the Army Air Corps during WWII and being held as a prisoner of war in Germany during the Death March of 1945.

During quarantine, Atchison grew tired of house projects and wanted to do something more fulfilling with his time. He located the sketchbook his grandfather kept during WWII as well as the draft of his memoir and began to combine them into a comprehensive book.

“The 75th anniversary of the end of WWII is this year, so the timing is perfect. Initially, the intended audience was family. I just wanted to get the story out there, but now it's taken on something of its own,” said Atchison.

Regarding takeaways from the book, Atchison explained that readers should learn to listen to their intuition: “There's that little voice in our heads that we should pay attention to. My grandfather believed we make choices but also believed in an ‘Unseen Hand’ that guided and helped him.”

Atchison graduated from Appalachian State University with a B.A. in English (with a concentration in creative writing) and a B.A. in philosophy and holds a Ph.D. in American literature from UNC-Greensboro. He is the recipient of the Gwendolyn Brooks Award for Poetry (1995) and the Truman Capote Writing Scholarship (1999).

He believes that his time at Appalachian prepared him to be a writer and to take on the project of publishing his grandfather’s memoir. For the past 22 years, he has turned to his former professor, Dr. Sandie Gravett, from the Department of Philosophy and Religion for advice and mentorship.

Gravett shared that one of the first things that made him memorable as a student was his gift for writing and storytelling.

“It was no surprise to find out he double majored in philosophy and religion and English for creative writing. I was excited about him continuing for his M.A. and Ph.D. at UNCG where he worked on trauma literature. But to find out that he might have picked up some of that gift from his grandfather gave me new insight into his interests,” said Gravett.

Regarding “The Unseen Hand,” Gravett described the book as “a beautiful way to carry his grandfather’s story as a soldier forward. In a time where we are all too quickly losing the generation with firsthand memories of WWII, Todd preserves a part of Bealer Moore’s life that illuminates the time period and gives us greater understanding of what these veterans experienced. To bring it all together during the pandemic is an intriguing story in and of itself.” 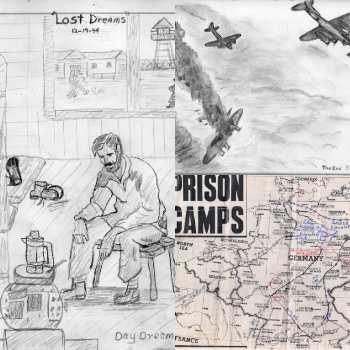 Behind the Story
Atchison’s grandfather, Bealer Moore, was born in Prince George County, V.A, in 1922. In 1943, with his first child on the way and WWII raging, he enlisted in the Army Air Corps. He was assigned to the 100th Bomber Group, ominously nicknamed "The Bloody Hundredth." As a Technical Sergeant, Moore served as a Radio Operator on a B-17 Flying Fortress until he was shot down over Germany and captured, becoming a prisoner of war for the remaining nine months of WWII.

Moore once explained that during the War he had a premonition he was not going to make it home. He had seen enough to make his hope dwindle including three concentration camps, and the Death March of 1945. Moore explained, “We walked all the way across Poland, all the way across the northern part of Germany near the Baltic Sea, across the Kiel canal, and I was liberated between Hanover and Hamburg which took three months, three months of walking.”

Following WWII, Moore was awarded the Purple Heart twice and the Distinguished Flying Cross. In civilian life, he worked for the U.S. Postal Service until 1976. After retirement, Bealer and his wife Nell moved to Belews Creek, N.C, where he enjoyed painting, gardening and playing guitar/banjo until he passed in 2002.

“When he wrapped up the draft of his memoir in the late 90’s, we talked about the possibility of editing his manuscript. We’d meet at a restaurant in Walnut Cove after he’d play guitar/banjo in a bluegrass band, and he’d retell stories of WWII over soft-serve ice cream,” said Atchison.

Atchison explained that the most difficult task when completing the book was maintaining his grandfather's voice during edits: “Trying to add more specific details without having him around was tricky. I didn't want to ‘put words in his mouth,’ so I relied on my memories, my mom, and my uncle to help with the edits. Still, there are so many things I wish I could ask my grandfather,” said Atchison. 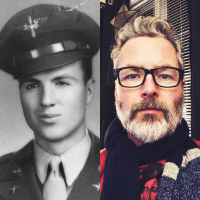 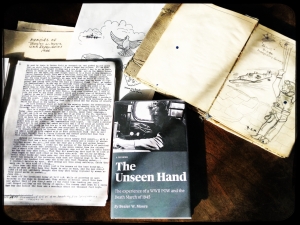 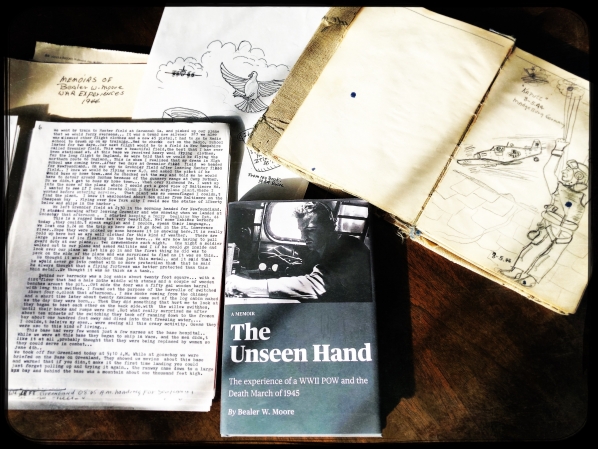