“I’m excited to welcome the college’s three new chairs and new Watauga Residential College director. Each of these women brings a strong academic record as well as significant leadership experience. I look forward to working with each of them as they start their new positions this summer. I’d like to thank each of the search committees for their hard work in making these successful hires, especially given the limitations of the pandemic,” said Neva J. Specht, dean, College of Arts and Sciences.

Department of Anthropology
Dr. Krista Lewis is coming from the University of Arkansas at Little Rock, where she has been chair of the Department of Sociology and Anthropology since 2013 and a faculty member in the department since 2006.

Lewis specializes in the archaeology and culture of the Arabian Peninsula. Her research agenda focuses on two long-term archaeological research projects in Yemen and Oman. Her work addresses human-environment interactions, ancient foodways, the early development of globalization and urbanization, and cultural heritage under threat by conflict and climate change.

She is particularly interested in long-term perspectives on how people, directly and indirectly, interact over long distances and across cultures – especially where those interactions involve plants, the shaping of landscapes, trade and the development of cities. In Oman, in the UNESCO World Heritage Land of Frankincense, she directs archaeological excavations at the site of Al Baleed, a large walled seaport famous for the export of frankincense, Arabian horses and other desert products. It was occupied for over a thousand years from the late ancient through medieval times and served as a major trading center in the Indian Ocean world.

Lewis has also participated in archaeological fieldwork in Central America and the southern United States. She is the co-founder of the Arkansas ArchaeOlympics and is an active member of the Board of Directors for the American Institute for Yemeni Studies. Some of her publications include, “Finding Archaeology in 2017: What is archaeology and why are we doing it?  Why should we be doing it?” in American Anthropologist, 2018; “Trade Routes,” In Beaudry & Metheny, eds. in The Archaeology of Food: an Encyclopedia, 2015 and “From Prehistoric Landscapes to Urban Sprawl: The Masna’at Maryah region of highland Yemen” (with Lamya Khalidi), in Proceedings of the Seminar for Arabian Studies, 2008.

Bobadova teaches physical chemistry and instrumental methods of analysis. Her interdisciplinary research uses computational modeling to design materials for bioimaging and medical applications. She actively involves students in her research projects, including eight Rockhurst undergraduate students who have co-authored papers with her.

Last year, Bobadova received the Daniel Brenner Scholarly Achievement Award at Rockhurst University. She was one of the initiators of the Rockhurst Science Advisory Council with representatives from local industrial companies. For the last six years, she has served as a faculty senator representing the natural sciences and mathematics departments; and she later became a member of the faculty senate steering committee representing the College of Arts and Sciences at Rockhurst University. Bobadova often volunteers in the community and at local schools. For the last eight years, she was responsible for the community service projects of all freshmen students in STEM majors at Rockhurst.

Liutkus-Pierce was inducted into Appalachian's Academy of Outstanding Teachers in 2016, was named Outstanding Teacher of the Year in the College of Arts and Sciences in 2017 and was awarded the UNC Board of Governors Appalachian State University Excellence in Teaching Award that same year. In addition, her commitment to service was celebrated in 2017 when she was awarded the Jimmy Smith Outstanding Service Award in the College.

She was selected to participate in Chancellor Evert’s Academic Leadership Development Program in 2016-17 and the BRIDGES Academic Leadership for Women program in 2018. Liutkus-Pierce is an active member of numerous university, college and department-level committees, sits on the award committee for the Association of Women Geoscientists and is also the campus representative for the Geological Society of America.

Liutkus-Pierce's research focuses on reconstructing paleoenvironmental conditions in eastern Africa during the Neogene to understand the roles of climate and environmental change in the evolution of primates and our early human ancestors. She is a research scientist with the Turkana Miocene Project, an NSF-funded interdisciplinary collaboration involving scientists and students from more than 25 institutions/universities across the globe and is a committed advocate for equity and inclusion of undergraduates in research. Her work on the Engare Sero Footprint Site in Tanzania was showcased by several news outlets including the Washington Post, and National Geographic. Liutkus-Pierce is a National Geographic Explorer and was named a Fellow of the Explorers Club in 2017.

Watauga Residential College
Dr. Laura Ammon joined the Appalachian faculty in 2010 in the Department of Philosophy and Religion and is an associate professor of religion. She will become the new director of Watauga Residential College, housed in the Department of Interdisciplinary Studies. Watauga is a specialized academic program setting where classes are discussion-based seminars and students can learn and live together in a community on Appalachian's campus.

Ammon’s commitments in teaching are grounded in engaging students in thoughtful discussions of life, the universe and everything, including developing critical thinking skills on issues of diversity, tolerance, racial equity and social justice. Her research is on the decolonization of religious studies, particularly in the arena of religion in Colonial Mexico.

She has published multiple articles about the impact of colonization on world history, considering historical events as well as ways those colonial situations are re-imagined in science fiction. Most recently, she co-authored with archaeologist Dr. Cheryl Claassen, faculty emeritus from Appalachian’s Department of Anthropology, “Religion in Sixteenth-Century Mexico: A Guide to Aztec and Catholic Beliefs and Practices” forthcoming from Cambridge University Press. This work explores the development of religion in the 16th century across the Atlantic, from Spain to Tenochtitlan, highlighting the role that religion played in the emerging modern world at its birth in the 16th century.

In 2013, Ammon was inducted into the College of Arts and Sciences Academy of Outstanding Teachers. In 2018-19 she was a Service-Learning Faculty Fellow. Ammon has also served as the Department of Philosophy and Religion’s undergraduate honors coordinator from 2015-21.

“I want to thank outgoing department chairs Dr. Timothy J. Smith, Anthropology; Dr. Claudia Cartaya-Marin, Chemistry and Fermentation Sciences and Dr. Bill Anderson, Geological and Environmental Sciences for their strong leadership in each of their departments. Collectively they have served the college as chairs for a combined 30 years of service. I would also like to thank Dr. Clark Maddux for his outstanding work as the director of Watauga Residential College,” said Specht.

All four will be returning to their faculty roles in their respective departments after they finish their terms on June 30, 2021. To learn more about the College of Arts and Sciences and its many departments spanning the humanities and the social, mathematical and natural sciences, visit https://cas.appstate.edu.

About the Watauga Residential College at Appalachian

The Watauga Residential College is a specialized academic program where classes are discussion-based seminars that allow students to pursue topics of interest to them within the context of the class. This program provides an unusual opportunity for students to become engaged in learning at a deep level through class discussions and research projects. Watauga classes are interdisciplinary and this approach to learning requires students to integrate knowledge from a variety of disciplines to gain a complete perspective on a topic. Learn more at https://watauga.appstate.edu. 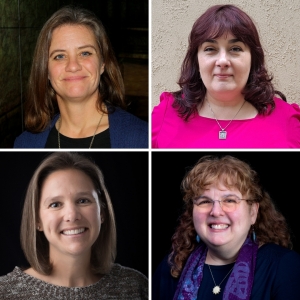 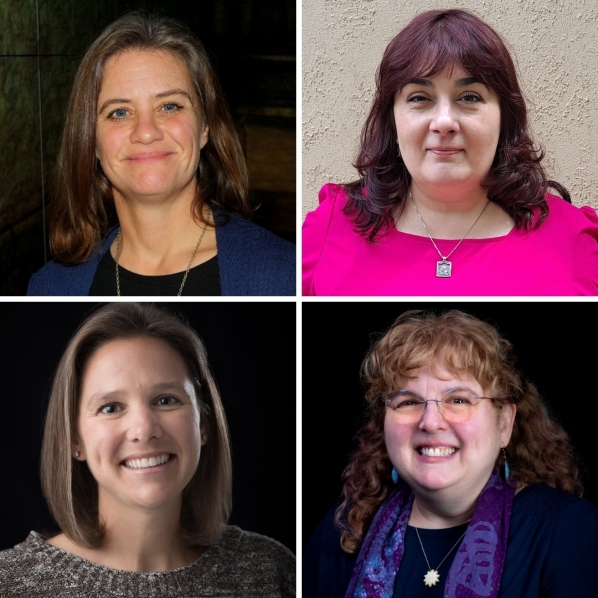