This talk is free and open to the public

Historians and literary critics generally agree that something changed in early modernity with regard to sex and sexuality. Focusing primarily on depictions of sodomites and mollies in the juridical discourse of early eighteenth-century London, this talk hopes to rehabilitate sexual identity’s conceptual field and propose a new framework for understanding its radical potential both in early modern and modern cultural imaginaries.

Orvis completed his Ph.D. and M.A. in English at the University of Arizona and his B.A. in English at Washington College in Chestertown, M.D. His research focuses on Early modern literature and queer theory. 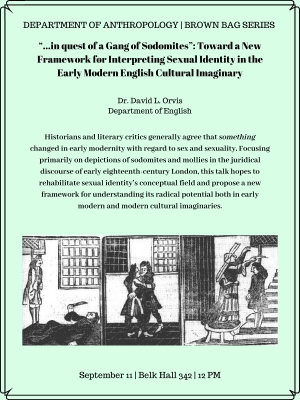 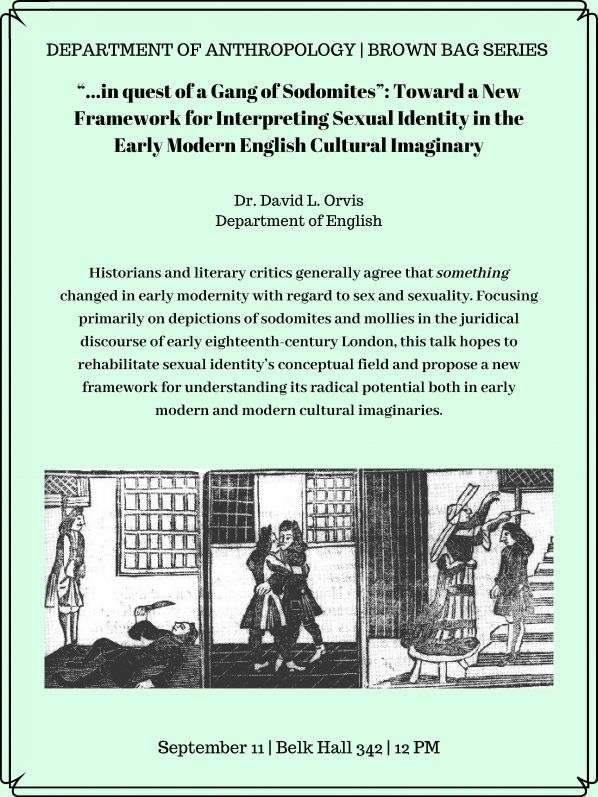