Trevor McKenzie '10, '12 has been named director of the Center for Appalachian Studies effective Aug 1, 2021. McKenzie has worked for almost a decade in Appalachian State University’s Belk Library and Information Commons as an archivist focused on materials in the W.L. Eury Appalachian Collection, a comprehensive, multidisciplinary collection of Appalachian folklore, music, history, literature and more.

“It is exciting to see Trevor McKenzie take on the Directorship. His extensive community network will return the Center’s focus toward community partnerships and engagement. His expertise in Appalachian Studies and his amazing musical talents will serve the Center well in the coming years. I’m just thrilled that he’ll be heading the Center,” said College of Arts and Sciences Dean, Neva Specht.

Previously McKenzie has worked with the Smithsonian Center for Folklife and Cultural Heritage as an archival and field researcher on American Ginseng traditions. Currently, he is a member of West Virginia Public Broadcasting’s “Inside Appalachia” Folkways Reporting Corps, documenting stories about regional music traditions in the Blue Ridge and the vice president of the North Carolina Folklore Society.

He is involved in the community surrounding the university, working with groups such as Junior Appalachian Musicians (JAM), Blue Ridge National Heritage Area, Blue Ridge Hall of Fame, Boone Area Community Radio and the Ashe County Arts Council. In 2020, he received an In These Mountains Apprenticeship to study fiddle traditions of the Virginia-North Carolina border with master fiddler, field recordist and radio host Paul Brown.

“I am excited by the community and campus collaborations that are possible for the Center’s future. Connecting and valuing the knowledge generated on Appalachian’s campus with that of the communities surrounding the University is an underlying current I want to bring to the role of Director,” stated McKenzie.

He is the author of “Otto Wood, the Bandit: The Freighthopping Thief, Bootlegger, and Convicted Murderer behind the Appalachian Ballads” (2021), published by the University of North Carolina Press. The book traces the history of Otto Wood, a criminal with roots in Wilkes County, North Carolina, who became a folk hero through media, balladry and political discourse in the early twentieth century. McKenzie also co-edited Appalachian Journal’s special issue on Appalachian Music, alongside Mark Freed and Dr. Sandra L. Ballard.

McKenzie earned an M.A. in Appalachian Studies in 2012 and a B.S. in Applied and Public History in 2010 from Appalachian State University. Additionally, he holds an M.L.I.S. from the University of North Carolina at Greensboro.

“As an Appalachian alumnus and someone who has worked for nearly a decade with materials in the W.L. Eury Appalachian Collection, I feel proud to have this opportunity to contribute to Appalachian’s role in producing scholarship and developing partnerships for positive change in the Appalachian region,” said McKenzie. 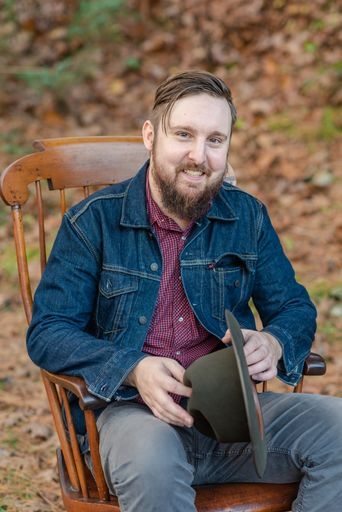 Photo of Trevor McKenzie, director of the Center for Appalachian Studies at Appalachian State University. Photo by Megan Sheppard